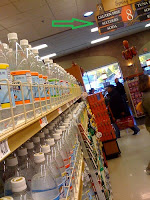 Ever try to buy seltzer in a grocery store outside of New England?  Are you right now asking, "what's seltzer?"  Can't feature what a seltzer aisle even looks like?  No SUH!

This story will amuse you even more.  There is a new sheriff in town over at the Polar Seltzer, and by the looks of it, s/he was recently transferred from Yankee Candle.  Because this is a terrible idea.

You don't have to taste it to know it is a terrible idea.  But I did taste it, and I am still resentful, weeks later.  (I am also on day 27 of this blog-a-thon, and even Jerry Lewis eventually loosened his bow tie.  I'll write about anything at this point, but that press release opener...?  Manna.)

A gateway to seltzer?  Why does Polar need to push its bubbly deliciousness on anyone?  Because they just bought a bottling facility in Georgia (from Winn-Dixie, saints preserve us) and the South needs more than carbonation to get its drink on. 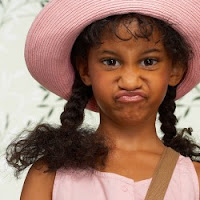 Premium seltzers.  Seltzer costs 88 cents a half gallon.  It's hardly premium.  And in spite of everything else we learned in the Rich & Famous 80s, "gross" is not a synonym for "gourmet."

The season's most beloved aromas.  This is not tea.  This is seltzer.  As a mixer, I might buy it (metaphorically.  Not literally.  not at half price).

A healthier choice of refreshment.   Because if you can't drink it, it can't hurt you.

Granny Smith Apple :  Jolly Rancher plus a facial masque without any of the afterglow of Woodchuck.

Cinnamon:  a candle over ice.  How refreshing!

Pumpkin Spice: Lemme tell you something, pumpkin.  I have been your biggest champion.  But you are this close to getting kicked out of this car.  Settle.  Down .

Eggnog:  now you've made me mad.


Predicting the Cinco de Mayo flavors:
Chipotle
Mole
Pinata full of Chiclets
Dulce de Leche
Margarita Lime... ok, maybe not so bad.  They may have gotten to me.


Hope you're enjoying National Blogpost Month.
Here's another NaBloPoMo participant for you to enjoy.
http://veritiesandbalderdash.wordpress.com/
Posting as Caroline Bender at 10:37 PM
Labels: rants