Hello Kitty Stump Village Vol. 1: A Place of Fun
Posting as Caroline Bender at 4:30 PM 1 comments
Links to this post

You, sir, are no Gerald Ford

From this morning's presidential radio address:
In his two-and-a-half years as President, Gerald Ford distinguished himself as a man of integrity and selfless dedication. He always put the needs of his country before his own, and did what he thought was right, even when those decisions were unpopular. Only years later would Americans come to fully appreciate the foresight and wisdom of this good man.

From Ford's interviews with Bob Woodward:
Well, I can understand the theory of wanting to free people... [but I don't know] whether you can detach that from the obligation number one, of what's in our national interest...And I just don't think we should go hellfire damnation around the globe freeing people, unless it is directly related to our own national security.

From Robert McNamara's In Retrospect: The Tragedy and Lessons of Vietnam:

1. We misjudged then — and we have since — the geopolitical intentions of our adversaries … and we exaggerated the dangers to the United States of their actions.

2. We viewed the people and leaders of South Vietnam in terms of our own experience … We totally misjudged the political forces within the country.

3. We underestimated the power of nationalism to motivate a people to fight and die for their beliefs and values.

4. Our judgments of friend and foe alike reflected our profound ignorance of the history, culture, and politics of the people in the area, and the personalities and habits of their leaders.

5. We failed then — and have since — to recognize the limitations of modern, high-technology military equipment, forces and doctrine…

6. We failed as well to adapt our military tactics to the task of winning the hearts and minds of people from a totally different culture.

7. We failed to draw Congress and the American people into a full and frank discussion and debate of the pros and cons of a large-scale military involvement … before we initiated the action.

8. After the action got under way and unanticipated events forced us off our planned course … we did not fully explain what was happening and why we were doing what we did.

9. We did not recognize that neither our people nor our leaders are omniscient. Our judgment of what is in another people's or country's best interest should be put to the test of open discussion in international forums. We do not have the God-given right to shape every nation in our image or as we choose.

10. We did not hold to the principle that U.S. military action … should be carried out only in conjunction with multinational forces supported fully (and not merely cosmetically) by the international community.

11. We failed to recognize that in international affairs, as in other aspects of life, there may be problems for which there are no immediate solutions … At times, we may have to live with an imperfect, untidy world. 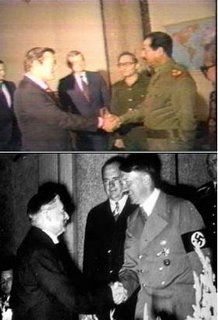 God Bless us Every One 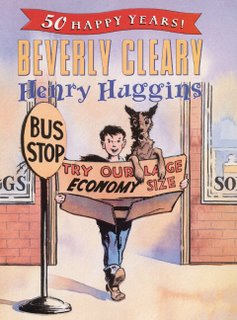 Jean Z---, 87, passed away on Tuesday, December 19, 2006. Mrs. Z- was born on December 20, 1918 in Erie, Pa., she lived on the East Side of Erie, her home being on East Fifth Street. She attended Wayne Grade School and East High School. She attended Wayne Park Baptist Church. She was very active in activities in both school and church. Jean attended Edinboro State Teachers College and was certified to teach in 1942. She taught for grades at Espyville. Later in 1968 she returned to Edinboro to earn her BS in Education. When she later resided in Fairfax Va., she taught kindergarten in the Fairfax schools for sixteen years until 1984.

Where I'm going with this:

Mrs. Jean Z was in fact, my kindergarten teacher, in 1969, the first of her 15 years in that school system. And this is the story of how I found out that she had passed away. It is a glurgy sort of Christmas story that mixes the speed of modern information-sharing with the ancient practice of human connection. Tell it around your turkey dinners this weekend when there is a lull in conversation.

This is not the first time I have written about this unexpected relationship, so I'll try not repeat myself and get right to the climax, blog-style.

I have a history of crushing hard on schoolteachers, which kicked off that late summer with the first of them. I had never had an adult I could have my own relationship with -- not a family member, not someone from church, but my very own grown-up who "got" me. Got me for me.

At the end of the year, she gave me a copy of Beverly Cleary's Henry Huggins as a sort of graduation gift. It was a used copy, had her daughter's name right inside it, but I didn't care. She had stricken Donna's name out and written mine, in that fine round "this is how we write your name" kindergarten teacher penmanship.

Years later, as a high school newspaper editor (like Blogging... with galleys) I wrote an editorial about the giving of that book in a "please thank your teachers" theme that reinforced my Bard of the Nerds status and was a big hit in the Faculty Lounge. But I did mean every word.

Which brings us up to 10 o'clock today. And this email... from my college alumnae office.

I am forwarding this e-mail to you from [DMcG] regarding the sad news of her mother passing and her desire to get in touch with you. I will let her know that I have done so. It is up to you, of course, to respond to her at this point. I hope you are doing well and have a wonderful holiday season. If I may help in any other way, please let me know.

And that draws in that email, written 5:30 last night:

RE: Looking for [Caroline Bender]

Hello. Sorry to use this forum, but I am looking for a [Caroline Bender]. I think she is an alumnae. When she was in high school , she wrote a column about my mother's influence on her life. This week, my mother passed away, and we read that column at her memorial. I am hoping to tell [Caroline] of the blessing she has returned to our family.

Thank you for your time.Sincerely, Donna McG--

Merry Christmas from the cast and crew of Drawing In. Love ye, one another.

Panda Out. Dolphin In.

2 stories on the AP about China's compassion for the dolphin:

BEIJING (Dec. 02)A team of 30 Chinese and foreign scientists have failed in a 26-day search for the rare white-flag dolphin in the Yangtze River, raising fears of imminent extinction, state media said Saturday.

BEIJING (Dec. 14) - The long arms of the world's tallest man reached in and saved two dolphins by pulling out plastic from their stomachs, state media and an aquarium official said Thursday.

Important point of information: the 2 saved by Bao Xishun were not of the rare whiteflag variety. More's the pity.

What an amazing coincidence, you might say. Not so fast, America.

The country getting press for clubbing dogs on sight may be able to erase that horrifying image by embracing the dolphin, "symbol of kindness and play energy."

Crystal Links review of totem animals writes:
"Dolphin tells us to move with the ebb and flow of life, and not to search for brick walls to smash
into, for to spend our energy fighting the current gets us nowhere."

August Pfluger, the Swiss naturalist who led the expedition for the thought-extinct baiji dolphin commented that China's Agricultural Ministry hoped the baiji would be "another panda," [quoting AP, paraphrasing Pfulger, sounding like the Diamond Exchange] "an animal brought back from extinction in a highly marketable effort that bolstered the country's
image."

You won't see a country embracing the ugly nearly extinct animals, will you? You know what are cute, China? Puppies.

Anyway, which brings us to the tale of Bao Xishun, another endearing creature helping to market the image of a cuddly China.

Bao Xishun is 7'9'', which doesn't really sound all that tall. Manut Bol is 7'7". But let's not get distracted. According to the story(which was "Top News" on AOL all day until a guy ran over a deer with 7 legs. That is, the deer had 7 legs. The guy ran over it with a truck), "Attempts to use surgical instruments to remove the plastic[they had ingested] failed because the dolphins' stomachs contracted in response to the instruments...the shape of the dolphins' stomachs made it difficult to push an instrument very far in without hurting the animals."

So - "Veterinarians then decided to ask for help from Bao Xishun, a 7-foot-9 herdsman from Inner Mongolia with 41.7-inch arms, state media said."

Inner Mongolia is only about 6 hours from Beijing, so this is very fortunate for the dolphins.

The director of the aquarium where they lived said, "People with shorter arms could not reach the plastic." I am going to blame this on the translators. Because everyone knows you would just send a 4th grader down there and hold onto its legs.

So China cares. Please go to their Olympics. Without your rabid dog.

By the way, the plastic removed from that dolphins contracting belly?

What would you pay me to shoot this guy? 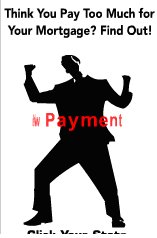 Posting as Caroline Bender at 7:40 AM 1 comments
Links to this post

How to Waste an Evening on the Internet

I must credit my circle of friends for fiendishly showing me many of these. The ones that were my own idea are fairly obvious.

2. Try to outlast the Amazon Recommendation engine. The game is to keep refreshing your recommendations by marking what you own or are not interested in until you are offered a page where you don't refuse anything.

3. Try to stump Netflix. I'll give you a safety: they are not stocking Carl Sagan's Cosmos. But Amazon is.

4. Look up "Jodie Foster" on YouTube. Watch long interviews in French even when you can't understand a word. [this is 20 minutes long. Vous avez été avertis.]

Discover that she gave the same interview on Ellen and you didn't miss much.

5. Translate phrases into Japanese, then back to English. Get childish giggles

6. GoogleEarth. Damn, that's entertaining. Fly from your childhood home, to college, to your first apartment. Try to spy on the Crawford Ranch. Does it seem pixelated to you?