Ordinary life skills I do not possess 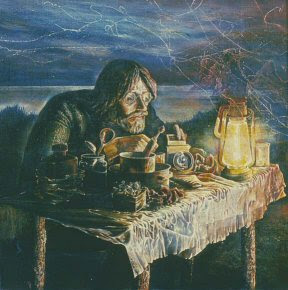 I will spare you the story of trying to reach Sh***y Healthcare and navigating their IVR system. That's really more of a customer service story anyway. Down at the Mill, we have 3 kinds of healthcare: teenage salesboy, families of 10, and middle ground. I used to have the Teenage Salesboy plan, but got tired of arguing about whether mammograms were preventative care, so I moved to the Middle Ground, which I understand slightly less, but am realizing I had better learn.
Tasha, at customer service, gives me the full on heebie-jeebies by saying "Is this the prescription at CVS you're calling about?" {{shudder}} I wait for her to say, "Are you in the green Toyota, Miss Bender, because I can send a representative out to you."
"Tasha," I said, "I don't understand why I always seem to be paying an outrageous fee for something with this insurance. can you explain that to me?"
Tasha had several options she didn't take, like "You live in America," "Your company is a cheap bastid," "You ought to read your pamphlet," or "No, ma'am, I really can't." She said, "I could transfer you to a benefits specialist who could advise you on some other options." Damn you, Tasha, but you're good.
Sitting in the car is when I remember there was a debit card of some kind -- and I am meant to use that for things like this, and where is that, anyway? Certainly not in the glove compartment, so something must be decided before my next move.
I go back in, to the Pick Up area of the deli counter where a woman comes over and asks me how it's going. I still think there might be a secret handshake, so I say "Shawn was helping me before." And I can tell from the looks that everyone behind the counter already knows I'm the infected meth-head. "My insurance company said I should ask if there is a generic brand of that medication." Shawn says, "there isn't of this, but there is another kind that is used to treat something else."
Come On Down! It's time to play... Second Guess the Doctor!
Today on Second Guess, our contestants are... Jr Pharmacist Shawn.... His Skeptical Supervisor... and returning champion Carrie, the Girl with the Suspicious Cough!
I cop to not being able to afford my medication, and she rips the label off of Shawn's hard work of putting 10 pills in a bottle. I'm Debra Winger in Terms of Endearment; "She doesn't have enough money! Can I have the register key!?" Supervisor says sternly, "You'll want to call your doctor right away to work this out." ("before you INFECT THE TOWN" is what I hear her telepath)
Look, even if I had $120 lazing around in my pocket, I wasn't going to drop it on something I wasn't even sure I would need, or that should cost that much. And neither would you, so admit it.
On the drive home (another skill I do have: not getting lost in Boston even when I am) I figured I would just go back to my doctor -- my REAL doctor -- and tell her to show me something from a lower shelf, thanks all the same.
My doctor has an email system, which I like a great deal, and since I surround myself only with other workaholics, we were able to work this out at 6:30 this morning. She agreed that was a "costly" brand, but wouldn't play Second Guess on Dr Nick, so she called in something new to the CVS by the Mill. I go down at lunchtime, this time with my cards already out (including the debit card I found neatly filed under "medical" in my closet) and now I know to say things like "called it in." I don't say "scrip" or "meds" or anything. You don't want to get cocky.
Oh, but no, we don't have anything for you. Sorry. Trudge back to the desk. More customer service nonsense. Voice mail left. Email left. I don't even feel sick anymore, I lie to myself.
The story speeds up from here. On the way home I stopped again, hollered over the counter like I'm in Dunkin Donuts and as they are ringing it up, I say, "What's the total on that?"
$22.47
Now, because I have been to this counter 4 times in one day, I already know she wants me to sign her little notebook and verify my address.
"Do you take this medical card?" Why yes. Swipe.
"Hope you feel better."
well I do already.
Still stickin' it to Big Pharma,
~~CB

Posting as Caroline Bender at 9:37 PM
Labels: Big Pharma, hard to be me, rants