Our Kind of Research

Some time ago, the Drawing-In Room went on and on about pie. You thought it couldn't get deeper than that.

Neither did Miss Bender, until Faithful Reader forwarded us a link to purchase the 2007 Report on Pancakes and Briddle Scones: World Market Segmentation by City. You need this in your life. Like the show cat scrapbook found at the antique store, you want to read it more than you want to own it. The cat book price was quoted by the vendor as a "WHOLE lotta money," so you know I didn't pay the $795 for the pancake report.

seven hundred ninety-five dollars and no/100.

You'll be pleased to know Amazon has it in stock.

330 pages of 2000 cities with "the economic potential for ... pancakes and griddle scones for the year 2007." This blog should not praise the world's (potential) fascination for flap...jacks as much it will celebrate the man behind the graphs: Philip M. Parker.

Philip Parker, you have Googled yourself, and we know it, and we want you to know that you have fans and admirers in the room. In fact, you have friends in other rooms, and ought to send Amazon a nice big thank you for the way they are promoting you.

Things Parker knows about that make us love him all the more:

Diseases (the fascinating ones)
Tourettes, Bells Palsy, Marfan Syndrome, Lou Gehrig's, and some diseases that aren't even named after people.

Languages
linguistic culture, crosswords. Buy this one for the nightstand where your father-in-law will stay when he visits.

How did he get so smart?
Wharton School. But he did have 3 BAs and 2 Masters before the PhD, so maybe Warton can't claim it all.

It does appear so. 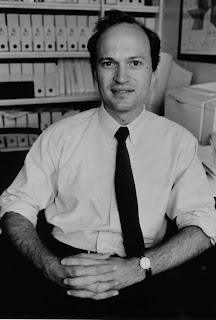 How old is he? He looks like Dick Cavett.

He is 47. Insert your mother's voice saying, "You know, Mrs. Parker's son has really made something of himself."

And by the time John Keats was your age, he was dead.
this article ends here because I ran out of ambition. again.
Posting as Caroline Bender at 12:00 PM