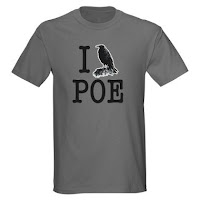 I found I had more to say about The Raven than my usual Facebook movie review capsule could contain.

Having started this post, I discovered that more legitimate reviewers and scholars than myself had already made many of the points I would have made, so I will direct you to them below and save my breath for how I received the film.

I enjoy the little scuffles that arrive in the space of an FB review, often over the stars themselves, which I always have to clarify are not an expression of how "good" the film is (or skilled, or important, or what have you).  They are Netflix stars, which have always been a measuring of "liking" the film, and if Facebook understands anything, isn't it LIKING? 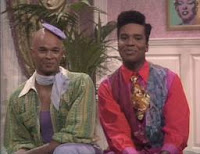 And I can Really Like/Love a terrible film (see everything in the juvenile delinquent genre, and most of the Jodie Foster oeuvre).  And I can just hate things that I recognize are the best of their kind (Harry Potter, I assume, though I really wouldn't know...)

The Raven... I'm going to go with 4 Netflix stars.  I did "really like" it, though there was a lot just...not good about it.

I will not quibble with historical facts.  This is fan fiction, and it is entitled to its full fantasy.  You want the facts, explore below. 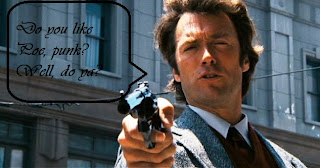 What the opening titles report is true:  we don't not know why Poe was in Baltimore in October of 1849, how he came to be in the condition he was found, or even what condition that was.  There are not even enough medical notes to take a modern review of vital signs and symptoms.  (oh...for an EHR... don't click that; it's boring.)  So have at, America.  Here is one speculation.

John Cusack is younger than I am, and we are both too old to play Poe, but that doesn't bother me either because... it's John Cusack.  I actually enjoyed him -- intense, but not morose, a little flirty, a little bitchy, a lot drunk... He could get his mouth around the language without sounding like Maurice Evans, and he still made me want to spend the summer with him and learn the sport of kickboxing.

When the language isn't working, it is distracting.  Watch the Internet forums soon for the complaints of linguistic anachronism (just for the fun of saying it) as "serial killer," "gun-toting" and "OK," are bandied about.  I looked into "OK," which is older than we ever think, but not likely in the vernacular of a society maiden, even when she is trying to keep it together buried inside a box.

What I am tired of, I realize, is this notion that madmen have all the time and energy in the world (in between baiting and disemboweling the passersby) to leave clues all over the place like it's Christmas morning at Pee Wee's Playhouse.  But that is the nature of these stories, so have patience through the numerous climaxes, the red herrings, the solving of Sudokus and Rebuses, and (no, seriously) longitudinal charts just to get to the next clue station.  The lat/long clue sequence is the stupidest nonsense in any detective story -- any time, any author.  Stop it.  that was dumb.  I won't write it all down for you, but after you see the film, try to backtrack from the clue outcome to its origin, and tell me if you don't take a tincture of your own just now.

But it is scary.  And bloody.  And gloomy.  The sets are crammed full of antebellum sootiness and everyone has cravat and muttonchops and whalebone just so.  Which I enjoy.  The murders are crazier than Se7en -- you won't believe them for a second -- but then, if you have ever read any Poe, you don't expect to.  If a film like this is expected to revive Poe in the mass-market, let me give you a hint:

This process, however, afforded me no means of ascertaining the dimensions of my dungeon; as I might make its circuit, and return to the point whence I set out, without being aware of the fact, so perfectly uniform seemed the wall. I therefore sought the knife which had been in my pocket when led into the inquisitorial chamber, but it was gone; my clothes had been exchanged for a wrapper of coarse serge. 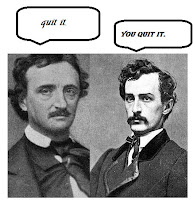 The narrative makes no sense, and the closing credits belong to a completely different film.  But you may get shut out of The Avengers this week, so consider it a fallback.
Posting as Caroline Bender at 10:30 PM
Labels: For the Booklovers, rants