In a "down economy," someone had the means to give $10M to the Gingrich campaign.

You know that saying, "If I could just win the Lottery...."?
I am about to leave my job.  I wasn't surprised how openly people will ask me "what are you going to do for money?"  One of the answers I am considering is "I won the lottery."  Said quietly, out of the corner of my mouth, to give it veracity.   The closest I have come is a WASPy, "I have some means."

We all have some means.  It's like having "a temperature."  Some of us have more than others.
Like you, I have tried to figure out how little of a windfall I really needed to feel set for life.  Ten Mill would be just about right.  Five would get me into my 90s. 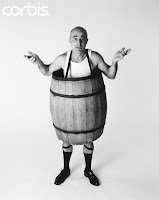 The 4 "poorest" Billionaires only have $1B each.  (they sell their suits, but keep their sock garters)

Don't be shy.  We all have questions.

Who is he?
According to Forbes, he is the 8th wealthiest man in America, at $ 21.5B.  I can say "man," because thems are the facts.  The wealthiest woman is Alice Walton, and I have been meaning to write more about her, I just don't have help around the house.

What's that in normal-people figures?
I measure these things against the Harvard endowment, which does have more than Mr Adelson, but then he pays taxes, doesn't he?  (doesn't he?)

Where did it come from?
Ironically... gambling. That is to say, other people's gambling.  He bought The Sands in 1988.

Ooh...so he's "connected"?  Are you trying to get me killed?

I thought he was one of the good guys -- schools, and youth development, medical research -- Yad Vashem?!  All true.  We are judged by the company we keep.  And if you gave to the the Adelson Foundation to support those things, you got what you paid for.  Get your good night's sleep believing that your check went right into those funds.  This is one good reason to insist on Designated Giving.

So what about Gingrich?
They disdain Palestine together. On the other hand, if you start trying to break down which ethnicities and which nations are "invented," you end up on an Escher staircase pretty quickly.


Well, that's the end of my Foundation support, then.
That's your prerogative.  Understand, though, that it is separate money.  Adelson's Super PAC "Winning Our Future" is the source of the $10-100M (chump-change interest from this Jed Clampett).  I won't link to them; it's bad enough I just clicked on it.

"Winning."  Gambling pun, right?  If I understood more about gambling, I could do a long frontrunner/dark horse metaphor here.  But I'm at a loss.  (rim shot)
WOF identifies our President as "statist and un-American."  I was not sure how you could be both.  I had to look some things up.  "Statism" is a French concept -- FRENCH!, the people cried.  Boy, I tell ya, if those damn French had been in our Revolution, they would have --- what's that?  Oh.

Anyway, Statism asserts that the government should control economic policy.
Minarchy is the idea of the most minimal legislated protection.
Menarche is getting your period.

Often, people who oppose Statism are called Anarchists.  -->
They might even shut the government down.  for example.

Winning also says that Mr Former Speaker can reverse the "heavy-handed socialist leaning" of the current administration.  (Heavy-handed Leaning.  That one's yours for the taking.)
" America will not survive another four years of Barack Obama..." says the website.  What could it mean?  Barrels for everyone?  I predict we would outsource the barrel making, too.

The blog Rooted Cosmopolitan discusses the rising costs of political campaigns in a recent post.  (Of course, you can see by their banner ad what they're all about.)  I found this, too, which is an interesting read.

It is French-leaning of me to assume that $10M could fund 166 $60K salaries for 1 year.  That is not a lot of people, and they still require health benefits.  We could fund over 4000 of those for a year with $10M.  Or, he could do as he likes with the money earned from the promise of instant wealth at impossible odds.  That is as it should be, and $10M can purchase about a week's pre-primary expenses for his candidate.  Even Mr. Romney might consider that "much money."

I have no conclusions.  I have become hooked on reading Politifact, and have spent much too much time on this post.  I have to spend more time on paying the Taxes.  Speaking of my modest means. 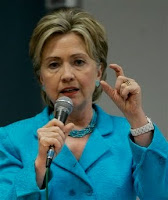 Posting as Caroline Bender at 10:23 AM
Labels: America: The Land and Its People