The kindness of strangers

How modern technology, old friends,  and the car repair community turned Thursday night into this blogpost.  Settle in.  I just may tell this in real time.

The Groupon always sounds good when you are buying it.  That's how they make their money.   $20 for $50 dollars off your bill (small print: alcohol not included) at the Millenium Hotel Bar, Boston, MA.  And it's good for a year!  And I'm in Boston "all the time."   As the deadline loomed,  I looked for dates to burn through it, and the Tarletons were spontaneously available on a Thursday night.  How adult.

I pulled into a prime metered space with only 30 mins left to pay, around the corner from their place, and... the car won't shut off.  Blink and read that again.  Because that's me trying to move the key from its familiar "on" position to its even more familiar Off position.  It will not move and the key will not come out.  I can switch gears; I can drive.  I can not stop.  It's like something you would dream, isn't it?  Or something I would dream, where I have a recurring scene that I am trying to steer a very fast moving car on a busy street from the passenger's seat.  Jesus, take the wheel, already.

But this is no dream, this is real.  Nick comes out to help, and I am sure this is one of my moments of crazy, where I can't remember what the word "lettuce" means or I look for my glasses for an hour only to find them on my head.  He'll snap it off and say in his gentle voice, "what's your problem?" and we'll go have $50 worth of bar snacks.  But he doesn't.  Instead he finally says, "can we move this to a safer spot?" and we drive around the corner to the Boston MWRA Pump Station.  This will be important later, as it is an absolute landmark of the neighborhood, but nobody knows what it is. 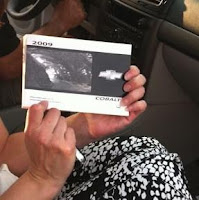 The miracle, though, is that it is an open parking lot, one block from their house, 2 blocks off the highway, and it is the most gorgeous night in a year.  We hammer at everything in reach, and read the manual.  Because I am a big one for reading the manual.    Alyssa thought I was holding an ultrasound.  I think we are all glad to know I am not -- even if sponsored by Chevy.  The manual claims there is a "plunger" under the steering wheel to release the key in such a situation.  We find the panel it lives behind, but not the thing itself.  We predict that the airbag will deploy and kill us both.  Then we catch up on each other's news.

Jay comes home on his walking commute from his job, and tries his hand at it, with no more luck than we have had, and before long, we are just 3 people sitting in a running car like it's Modesto in 1962.  He says, "You know this is a f***ing Known issue.  And it sounds expensive."

When you call AAA in Boston at 5pm on a weeknight, you are in for a long wait, but you have some leverage if a) you are in an accident, b) you are literally roadside, or c) the car is running.  Which I only mentioned because I suggested he could bring a can of gas too if they wanted a two-fer.  And we wait.

Minus the cocktails, this is the same night we would have been having anyway, so we relax and hang out.  When Perry from AAA arrives (after being unable to find Malden St), he has been told by dispatch that we need a jump (because who would voluntary take this crazy call).  "Quite the opposite," we say.  Perry takes his turn at finding the plunger, slamming the gear shift, jiggling the key, and viewing things through the help of Jay's iPhone flashlight.  It's a Smartphone, but not a Genius phone.  It did what it could.

Perry admits defeat.  He offers to disconnect the battery to stop the car. He's got nothing, but he'll call a locksmith and see what that can do.  What else do I have?

And I start to remember that there is a Chevy roadside assistance... USACHEVY, or CHEVYUSA, or HAHASCREWU,.... hours later I will discover the number is written on my keychain.  Jay works the Smartphone, and Nick finds it in the manual.  "Look at you, all Old School," Jay says with affection.   Locksmith recommends that I drive home and he meet me there, just to save the cost of the tow and I say I live 40 miles from here, and I only earn money to throw it at my problems.  So bring it on.   I try to explain Malden St.

Jay suggests that I drive it to my dealer and have the locksmith meet me there, and I remind him I am nearly out of gas.  He says there's a station on Albany St and I remind him priggishly that you can't pump gas into a running car.  "You're a rule-follower, aren't you?" he says tenderly, a hand on my skirted knee. 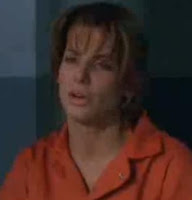 Chevy Roadside says, "we can pinpoint your location from your phone.  Is that all right?"  If you would not use the word "pinpoint" it would be less disturbing, but sure, go ahead.  And answer my emails while you are in there, would you?

Chris the Locksmith.
Enter in slow motion...with big smile, tan hands, muscular legs.... his own flashlight.  We open the door for him.  We offer him Sun Chips.  We are never, never, letting him go.

He says he's seen this before, with GM cars.  (you bastards, I was there for you!) Though usually, the car turns off and only the key is stuck.  He slams the gear shift into Park: "See how I did that real ha'd like that?"  "Oh yes," I say, "We've enjoyed doing that ourselves.  Don't get cocky." I flirt badly.

We re-visit the battery idea, and stare under the hood for the while.  Nick, never far from the manual, advises that the battery is in the trunk.  "Like a BMW," says Chris.   "In so many ways," I agree.  Everything out of the trunk and onto the street, battery unhooked, exhaust still burning holes in our legs.  We all recall at the same moment that batteries start cars.  Alternators keep them running.  Oh.... riiiight.  Rehook, refill trunk.

Casey's towing arrives, and though that is not Casey driving, I do not catch his name.  He moves us aside, and becomes the sixth person to show us how it's done.  He says he can tow me whereever - Chevy pays the first 20 miles and I pay the rest.  I remind him the car is still running.  "I can tow it anyway," he says.  He does not put his hand on my knee.  But it feels like he did.   Chris is very concerned that I am going to leave a running car, with keys in ignition, in a car dealership overnight, and insists (in a deep throated tone I rather like) that I have "a better plan" 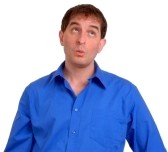 Towman suggests the battery; he pops the hood before we can stop him.  What he finds there instead  is the fuse box and yanks one out.  The car stops immediately. "What did you pull?!" cries Chris in consternation.  TowMan squints at it.  "Start."

So he wenches up.    I have also by now called my friends The Troys, who live near my dealership, and are considered "A List" friends.  You may remember them from such disasters as the 2008 ice storm.  The plan now that the car if off is to tow to the dealer, have Kit pick me up there. 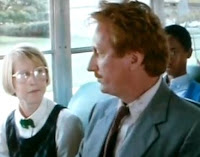 "Ever ridden in a tow truck before?"  he says.  On the long drive to the suburbs, I learn a lot about the Towman, a young dreamer and hustler with tow truck stories to tell, and a life history you can tell in a 20 mile ride, but still seems like a life fully lived.  We share tells of life in Chelsea, where I lvied the year he was born.  {sigh} Thanks to the all-powerful Net, Chevy already knows we are coming, and Casey's Towing already knows where to park it.

My ride comes.  She is already expecting I will stay the night with them, and ride in to work with her in the morning, but offers to take me home first for a change of clothes.  And this is where I know we really are A-List friends -- because she offers this, and I can say without shame, "No, because if we go there, something else will be wrong -- like it burned down, or something.  And I can't take one more thing tonight."  We go to the house.  These people form one of the nicest healthiest families I know.  (she is expecting me to add here, "but the dog has to go."  So I will.  love you )

Lesson One: Membership has its privileges.
Locksmith - $35
Tow overage - $25
Car repair is covered under extended warranty with a $50 deductible.
They replaced the lock cylinder, and acted unsurprised by the whole thing, which may be explained by your Internet search of "key stuck in ignition."  Chris was not kidding.  This does happen all the time.  And if it really does happen all the time...it could likely happen again.  But try arguing with your service team when they are charging you deductible.  They have never heard of any "plunger" under the steering wheel, but I noticed their mechanic replaced the panel we had removed to find it.

I could consider trading it in to them, as long as they are denying it exists.  But I want an exchange - not to buy another car, so I will hold my faith that it is fixed and that Robert and Jeff, whose jobs were saved by the loyalty of customers like me, would not lie to my face.
maybe.

Lesson Two: Friendship has its rewards.
My friends do not want to hear my Witness of the powerful love I hold for them and our bond.  It makes them a little squeamish for me to go Christian on them, especially when I am dressed in white blouse and black skirt.  They say "that's what friends do," and they are right, of course.  They know I would do the same for them, and that it takes years of therapy and all my effort to ask it of them.  Thanks be to God for the humility to do so, and the serenity to find humor and fellowship in what could have been a miserable experience, but instead is an entertaining gift I give to you. 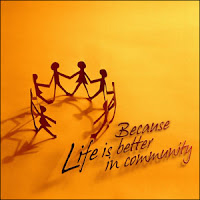 August 2012
An update:  for people search the google-webs for this issue.  From Chevy themselves.

description of recall:
general motors is recalling 276,729 my 2009 buick enclave, chevrolet cobalt, hhr, malibu, traverse, gmc acadia, pontiac g5, g6 and saturn aura and outlook passenger vehicles. These vehicles fail to comply with federal motor vehicles safety standard 102, "transmission shift position sequence, starter interlock, and transmission braking effect", and fmvss 114, "theft protection and rollaway prevention". On some of these vehicles, the transmission shift cable adjustment clip may not be fully engaged. If the clip is not fully engaged, the shift lever and the actual position of the transmission gear may not match. With this condition, the drive could move the shifter to "park" and remove the ignition key, but the transmission gear may not be in "park".