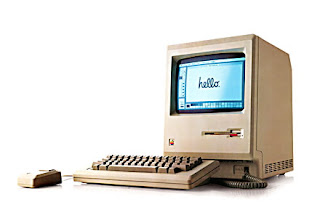 You don't have to pretend anymore.  In fact, if you are still telling yourself  (and others) you are watching the Super Bowl for the ads, you are unneccessarily making  Football Dip.  Because you have ample opportunity to see these ads before the game ever airs, and you will be unable to get away from them after it does.

Here are my Top 4 reasons for missing the game if all you say you are interested in are the commercials.

Super Bowl Ads are not really relevant
They were once, it is true -- in a Ad Game Sweeps Day of sorts.  For about 20 years, the big companies saved their top dollars and high-concepts for late-January (when the game used to air) and we could look forward to them like the prom theme and the yearbook cover.  Which were also, in the scheme of an academic year, irrelevant. 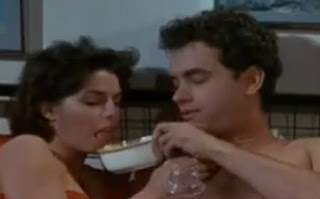 SuperBowl splash no longer launches an annual campaign (because there rarely are any anymore) or a slogan or logo shift, and they are hardly considered game-changers.  Advertisers and PR big names admit that they look to the zeitgeist first and make their ad based on that, rather than try to shake up the culture.  Hence, watch for send-ups of YouTube videos you have already seen, and inside jokes from Facebook.  They aren't abstract impressionists, they are advertisers.  Remember that scene in Nothing in Common, where Tom Hanks says, "I don't have a novel in my drawer.  I like advertising."  Showing you something that already makes you feel good is a sure thing.

Super Bowl ads are too expensive to bother
The price came down this year, by half a million dollars.  Super Bowl ratings are up, it's true, but for all the talk of "we watch for the commercials," there is little evidence of return on the investment.  Do sales go up, does market share increase, does anyone remember the product in question?  When the contest involves middle America (as it does this year), the major markets check right out.  For $3M, even a multi-billion corporation knows it can get more impressions elsewhere.

We don't have to watch the game to see the ads
Morning news magazine love them the most, and will show them all, and discuss them to death in the days before and after they air.  I suspect that the "controversial ads" we hear about are in fact made up.  Why pay 3M to say your company's name for 30 seconds when you can pay the cost of making one, tell the news outlets you think America "is not ready" for it, and let them say your company's name 50 times in 3 minutes, 5 times before 9am.

In fact, Apple, Monster, CareerBuilder, Snickers, Coke, Pepsi, Budweiser, and e*Trade enjoy the residual-free luxury of having their commercials replayed every year when we talk about legendary Super Bowl ads.  It is true that if you tell a story often enough for long enough, it becomes -- by definition -- a legend.

(nice to see that Coke in a glass bottle, ain't it?)


If you really do watch the game to see the ads, good on ya.  TiVo the game and skip through to the ads.  Nothing would make the advertisers happier.  Then spend your Sunday where it really matters" catching up on Oscar nominees.
Posting as Caroline Bender at 10:45 AM
Labels: rants, The Lists